Orterra – The Meaning of Everything

The size, age, and origin of the universe is always under scrutiny, and those assessments continuously change as we learn more. The general consensus today is that the universe is near 14 billion years old.

Look up into the night sky, and on the clearest night, with the naked eye, you won’t see more than 10,000 stars, yet our galaxy, the Milky Way, contains as many as 200 billion stars. And, the Milky Way is but just one of quite possibly a trillion other galaxies, many of them containing more than a trillion stars themselves.

The numbers are beyond comprehension, and one comparison that attempts to put those numbers into context is that; “there are 10 times more stars in our universe than there are grains of sand on all our beaches and deserts on Earth.”

Yet even more mind boggling is the distance (unlike sand) between each star (grain of sand) in our galaxy, which is on average, almost 4 light years. A light-year is the distance light travels (at 186,000 miles per second) in one year.

To put this all in perspective, you would have to imagine every grain of sand in the world not only as the size of our Sun, but each grain more than 23.5 trillion miles apart from each other, then multiplied by 10. The number is something like 70 billion trillion, give or take a hundred trillion or so. Most of our brains don’t have the ability to put the numbers into context. 70 BILLION TRILLION!  So what actually is a TRILLION?

70 billion trillion. Easy to say, but keep in mind now that stars are actually suns, and in some cases are hundreds of times larger than our sun. One star on record; Eta Carinae, is perhaps 400 times larger in diameter than our sun and shines 4 million times brighter.

The largest known star, VY Canis Majoris could be:

Once you realize how insanely vast the universe is, you must have to at least ask the question; “Are We Alone?” And the answer, beyond a shadow of a doubt is; “There are, not merely a few civilizations out there, but most likely millions. And, many of these civilizations are likely to be millions and maybe even billions of years more advanced than ours”.

Our technology is growing so fast that even for us primitive Earthlings, there are advances that most of us can’t comprehend. A mind machine may very well be one of them in the very near future.

And, we are not far from tapping energy sources that will provide free energy for all mankind. This could possibly eradicate hunger and in turn, eliminate the need for the rich to keep the masses in historical servitude.

Most of these advances have taken place over the last 50 to at the most 200 years. Now imagine what life would be like, if we don’t all kill each other, within the next 100 or even a thousand years.

What will our technology create in 10,000 years? Many believe that technology will produce a life in 50 years that will be like nothing we can imagine. So if there are civilizations out there that could be millions of years older than ours, then they certainly have progressed far beyond, even our capacity to imagine.

Have you ever wanted to fix the world? I have, and I’m sure there are many of you out there that have had those same thoughts go through your mind. Of course, not everyone would want to fix it in the same way. And, there lies the problem that has been tormenting humans for thousands of years. Everyone’s idea of a perfect world is different.

Some of us believe in creation, intelligent creation as some coin it, and then, of course, there is evolution. Even the belief or disbelief in these concepts moves so many to hate the other for their belief. But, where does this hatred actually come from? Is it possible, hatred comes from ignorance?

Ignorance is defined as: “lacking in knowledge or training, unlearned, lacking information as to a particular subject or fact, uninformed or unaware.”

The more we learn the more we become aware of other people and their unique circumstances, which can lead to more compassion and sympathy. And the opposite, of course, is true; the less we know, the easier to hate or at least less likely to care for or accept the differences we all encompass so abundantly.

We, humans, are unique in the kingdom of animals for having the ability to hate! Some people hate so much that they despise even the thought of all of us getting along. They fear the differences and uniqueness of our skin, culture, language and even our sex.

So, if ignorance really is a breeding ground for hatred, how can we eliminate ignorance from our world?

What if everyone in the world were unable to lie? That is, they had, to tell the truth. Well, then things would change dramatically. Of course, that would be impossible. The only way to convince people, to tell the truth, is to expose them, to make their life transparent.

What if we had a way to plug-in to someone’s brain, tap into their memory and project it onto a screen, then playback their entire life? In our lifetime this concept will be a reality. We have the technological know-how today to do just that.

Meaning “Orbiting Earth Project” and named OrTerra Minor by a civilization that has been traveling our universe before our species existed.

Aelians (Aey-le-ans), as they are called, have the ability to actually create planets and even stars or suns. They can change matter into energy and change it back into matter again at will. The Aelians visited Earth millions of years ago and left behind a craft, which they named OrTerra. 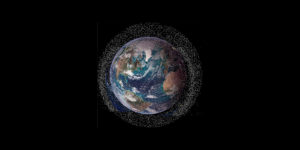 OrTerra positioned billions of microscopic, invisible objects in orbit around Earth, with cameras that are unlike anything that we Earthlings have ever imagined.

Whether you like it or not the world will change in ways that before today was inconceivable. A world shrouded in mystery, intrigue, and deceit is forever now a world of fact, truth, and universal openness. To quote the entity responsible for this awakening; “a gift given to mankind with nothing asked in return except, a hope that mankind will, in the pursuit of knowledge, embrace truth and peace”.

Fact, truth, and openness; they sound so simple, so ordinary. They are qualities the human race may have longed for, as long as our history has been recorded, but they have only really existed in small communities and families and even then, very loosely and of course, questionable. Privacy, secrets, and deceit have been the norm, but no longer.

Imagine a “World” where every secret was revealed! Not just yours and mine, but all the secrets of our planet that have ever existed.